Our ServicesScaling and Root planning 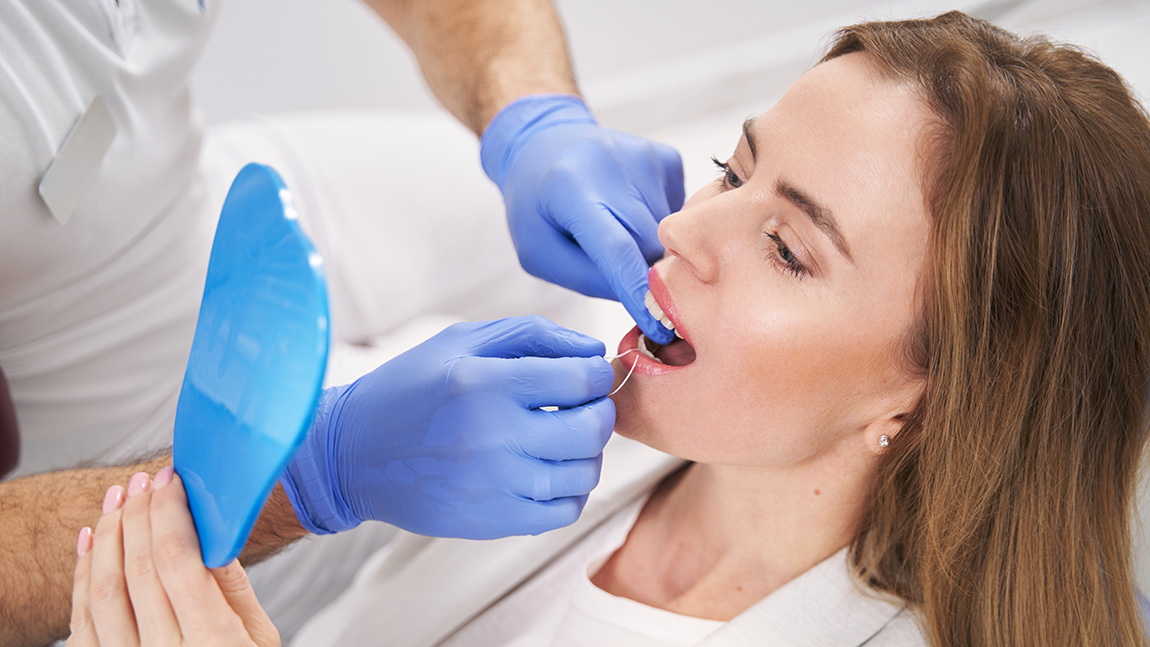 Scaling & root planning is the gold standard of treatment for patients diagnosed with gum disease (i.e. periodontitis). This procedure is sometimes referred to as “deep cleaning” or simply “periodontal therapy”. In periodontal disease, swollen unhealthy gums start to pull away from the teeth because of pockets where infection-causing plaque & tartar accumulate. Before starting the scaling & root planing treatment we will numb your gums so that you won’t have any pain or discomfort while we’re working. Typically, only one or two quadrants of a patient’s mouth are treated at a time. During a scaling part of the treatment, the dentist or hygienist removes plaque, tartar & bacteria from the surfaces of your teeth & tooth roots. This is done with either hand tools or electronic instruments, or a combination of both.

In the root planing part of the treatment, the dentist or hygienist smoothes the surface of the tooth root to make it harder for bacteria to stick in the future & easier for the gums to re-attach. Once the root planing is finished, the we may apply a disinfectant or antibiotics to further discourage the return of bacteria.

While scaling & root planing cannot cure periodontal disease, it can slow or stop its progression. The point of this procedure is to remove the bacteria-filled plaque & tartar that inflame your gums & the surrounding bone. Scaling & root planing can reduce the need for surgical intervention in the future & often helps swollen bleeding gums become healthy & pink again.